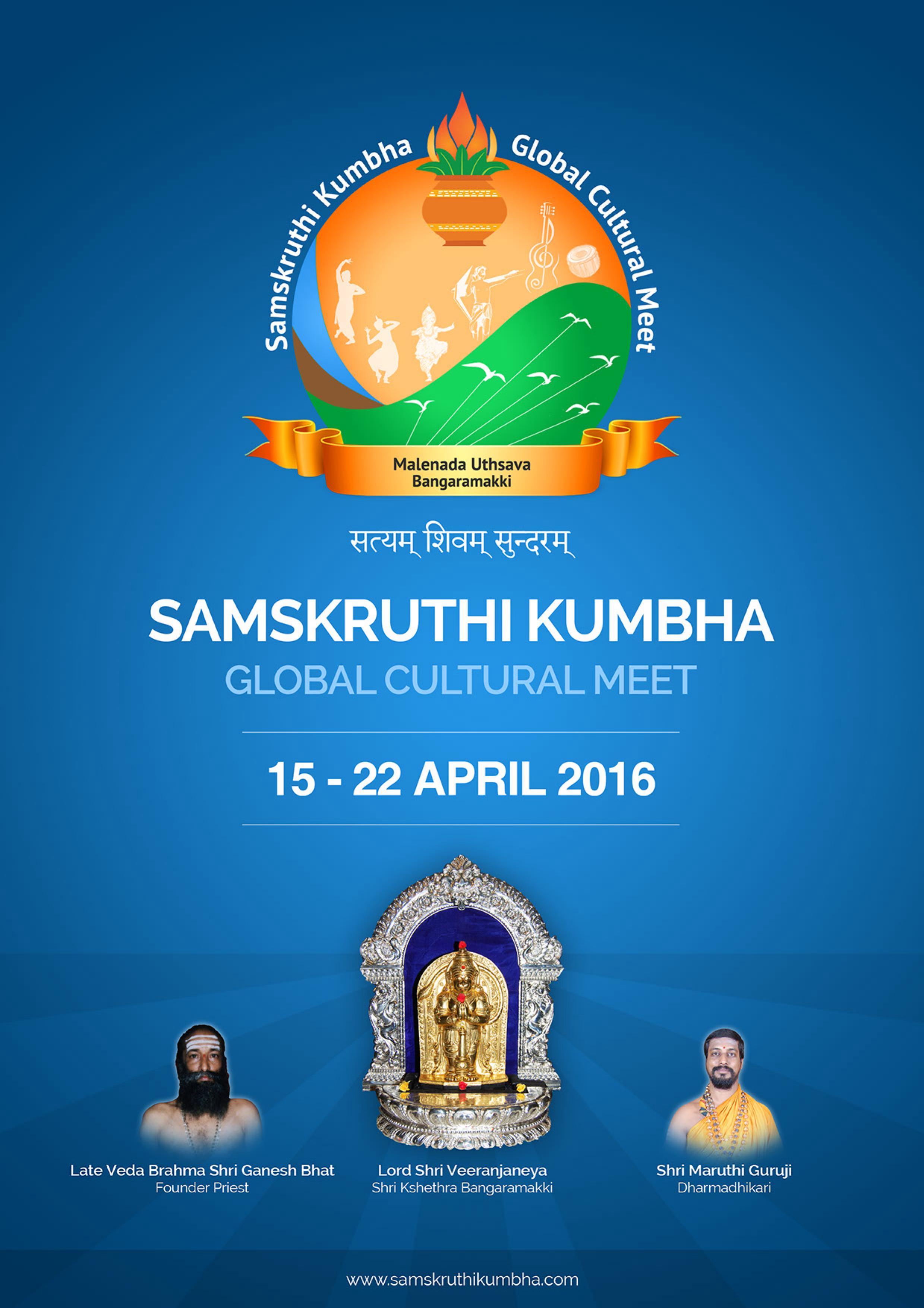 The scope of Malenada Uthsava is enlarged and it will now be organised as Samskruthi Kumbha from 2016. ‘Samskruthi Kumbha’, the Malenada Uthsava 2016, will be a world cultural meet or global festival of culture. It will be a holistic festival of the pluralistic culture of the human race of the world during which the people of diverse ethnic groups and communities hailing from the different regions of the country and the world will zero in at Bangaramakki on the banks of Holy Sharavathi for the cultural extravaganza to be held from Shri Rama Navami on 15 April 2016 to Hanuman Jayanthi on 22 April 2016 besides the cultural troupes of various ethnic groups from the length and breadth of the country. The people hailing from different countries and cultural zones of the world will also be invited to come here with their cultural troupes as the Cultural Ambassadors of their people to represent their culture in the “Samskruthi Kumbha” the cultural history of India and the world promoting the spirit of Universal Fellowship born out of the philosophical vision.